skip to main | skip to sidebar

Another Birthday in our house

This post won't have anything to do with flowers or gardening at all.

Well, maby if I say that's she's one of the most beautiful flowers I've ever seen and that we're (since the weather is so great) going to sit in the garden celebrating her, for the first time since she was born.

She's our youngest, our sweet seventeen. Her arriving was a story of its one. We were exspecting her by the 1st of may and since her sisters been on time - we thought that she would be to (didn't know it was a girl then).

In Sweden the 30th april is the day we celebrate spring. That meens that all over the country, at eight a clock this evening there are big springfires stated. Gathering around them we all welcome spring.

That year, 1992, we knew that both our families would be away this weekend. Having two children before, expecting, and knowing that no one's home for those four days.... That's bad! Who's going to look after our girls, when we were going to the hospital. As you know she did arrive that night betwen friday and saturday, in a hurry and on time, just as her sisters. Where they were... purhaps I'll tell you some other time.

Some of you might wonder why I write (only) in english this time. I thought it would be some kind of celebration to her since she's the language pro in our family. Learning english, spanish, deutch and japanese as she is, and doing it with the best result - I think that's great! (she's thinking of learning frensh to next term)

She's also great with music, playing guitar and drums. Draws beautiful pictures and makes her mother wonder where that came from? Playing the guitar, ok, I can do that. But the drawing???

Now I better hurry! I haven't got time to sit here! I have a lot of baking to take care of! I'll probably will miss the springfire this year, but I can live with that! Her birthday is more important to me!

We'll celebrate her on friday the 1st since her birthday (the 2nd) coinsides with the Youth Bowling Day, this year. It's not the first birthday she've spent in a Bowlingarea.

This morning I went to by her some presents. Since I know she's not interested in her mothers blogg, I dare to tell. I bought the new film Twilight and two books of Stephanie Meyer (about the vampyer Edward) and some carbon for drawing. At friday I'll see if I can find some other things I was looking for.

Her birthday is the day that she's the one who desides what we're going to have for dinner. Since we are in Malmoe the hole day I'm afraid that lunch will be at Mc Donald's.

Now I better get going with that baking....

(Sorry! Ther'll be no picture of the birthdaygirl since she doesn't like to be shown on the Internet)
Upplagd av gittan kl. 12:41

Lägg till kommentar
Läs in mer... 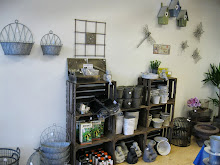